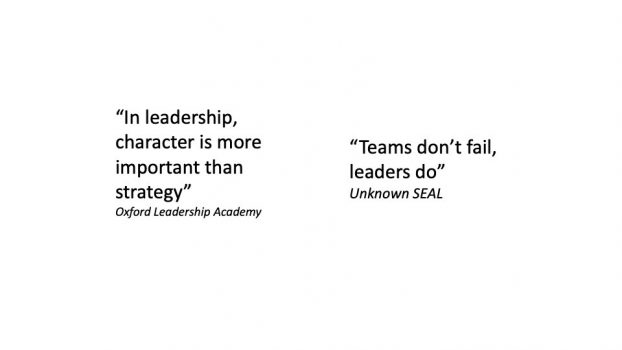 Why a Crisis is a Leader’s Gauntlet

We’ve all heard it before “Anyone can lead during good times.” It’s leading during tough times where a real difference can be made.

I’m a geek, it’s true. I love Cloud, Infrastructure and Data Centers. I revel in the opportunities tied up in technologies like edge computing, IoT, or Blockchain. As I said, I’m a geek. However, I learned early in by technology career that even though I was a geek, my intuition and empathy for others, my love of humanity, made my leadership decisions sometimes clash with my own management.

Tests of my beliefs

There are a few times in my work history when leaders did what I thought was counter productive that stand out. The first situation occurred when I was 18 and had just a few months previously been promoted to the lofty title of Shift Manager at a McDonald’s restaurant. As part of my promotion I was moved to a new store and the manager there, I learned quickly, was a yeller. He seemed to revel in attempting to embarrass anyone who made a mistake. He seemed especially interested in yelling at you in front of the whole team and the waiting customers. I’d only been at this new McDonald’s for a few weeks when I pulled him aside and said “Sir, I have to admit that I’m not a fan of the yelling. I know I don’t like being yelled at and I’m pretty sure most of the rest of the team don’t either, especially not in public.” He didn’t yell at me then, but I could tell pretty quickly that I had lost a member of the Mark Thiele fan club.

I’m now working at a company called Avantek in Santa Clara California and I had just recently been promoted to Computer Room Manager. The first obvious incident was when I suggested to my manager that we should thank the team for the great work they’d been doing recently. Her reply was “why should we thank them, we pay them don’t we?” Needless to say, I said thanks to the team without her participation. I knew, even as her much less experienced junior that her response couldn’t be right. About a year after this incident I was hospitalized for my appendix. Early on the first morning of my post surgery hospital stay, my wife called the office looking for my manager to tell her I wouldn’t be able to come to work. However, because she didn’t reach her, she conveyed the message to another senior member of the staff to pass along to my boss. When I finally came back to work about ten days later, my manager asked me “why didn’t you tell me you were out sick.” I also found out from my team that they had wanted to send me flowers, but my manager said “why, we don’t even know where he is.” All of this because she hadn’t been contacted directly by me or my wife.

Why is all of the above important

Leadership is more than plans and looking good on charts or metrics. Leadership is about humans, period. While the problems I’ve spoken of don’t cover a “times of crisis” type leadership problem they do illustrate how some managers fail to incorporate the human equation in their “leadership” style. I’ve noticed through my career that leaders in the technology career path will often withdraw behind their monitor even further than usual when there’s a crisis, especially if it’s more than just an incident that has a technology-driven fault.

Crisis is not the time

When the proverbial shit is hitting the fan is when a leader should be out in front more than ever. It could be an acquisition, a divestiture, a layoff, a time of uncertain revenue or a pandemic. It doesn’t matter. When your instincts are to withdraw, the opposite is needed more than ever. During a crisis the usual is only good as a distraction from the problem being faced. The reports you worry about weekly or the emails you think important should all be way down the priority list of things-to-do today. What’s crucial is making considerations about the sustainability and health of the team, through the eyes of your most valuable treasures, your employees.

What is out in front

As in a fight, leadership doesn’t occur from behind the safety of a bolted door. Leadership means you’re in the fight, you’re helping your team adjust to new realities, empathizing and sympathizing with your common concerns and life issues. Being human and relating to the humans that depend on you isn’t a failing, it’s a strength. When you most want to sit behind your desk, anxiously waiting for the next email that needs your and only your expert answer or the world will end, you must instead be out in front. Out in front in person, via video, slack, phone, or whatever tool is best suited to the employee in question.

It’s great to be remembered for finishing the big project that the CFO was keeping an eye on. It’s fantastic to have an email message from the CEO that says “wow, I can’t believe the work you and your team did on this complex corporate integration”. However, what’s most important is having people remember you for being there for them and with them. To have them tell you in writing or in person “I’d work for you again in a second.” Similarly to the failed notion of “Stock holder value” as the primary focus for corporate improvement, if you only think about results and not about how you and the team got there, you’ll find your team and company sustainability put at risk. One of my favorite questions to ask a project manager candidate is “After meeting schedule, budget and SLAs, what’s another critical measure of success.” The answer I’m looking for is “the team would be happy to do a project together all over again”.

When you’re nervous or scared

When you’re nervous or scared, you can bet that most of your team are as well. The fact that you’re scared is what makes it crucial for you to face those fears and uncertainties head on. After all, as the old saying goes “Courage is not the absence of fear, but rather the assessment that something else is more important than fear.” I’ve known family members that won’t visit a relative in the hospital and friends that won’t attend funerals of their friends. Avoiding those things that are hard is succumbing to your fears while forsaking what might be best for others.

It’s OK to be afraid, but you must still fight. The good news is, when you’ve done the fighting for a while you’ll see and feel the difference and your fear will diminish as you see the value increase. And lastly, this isn’t just for your team. Accept the reality or not, being human with other humans is good for you too. Go out and be a leader, be a human leader.