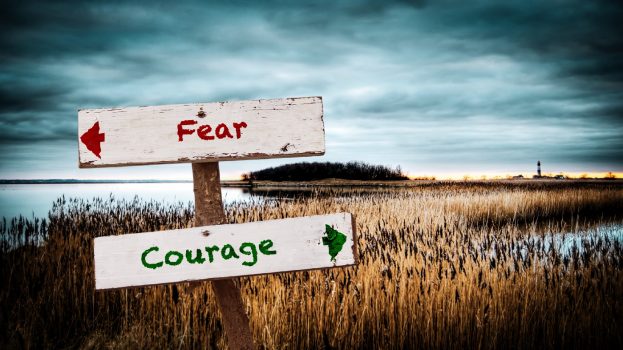 Things that startup CEOs should hear

We only provide links to articles with full attribution, per the lawyer’s demands…

I have seen quite a few stories recently about startups failing due to inability to raise capital. All those stories definitely have a negative psychological effect on this founder. The isolation caused by COVID19 aggravates my negativity, but it cannot be solely to blame. To raise money, you have to display confidence, but that confidence can easily be shaken by all the rejection.

When I was 3, I was bitten by a dog, badly. I was at a horse riding stable with my mom and I was petting the owner’s dog. I was, and still am, an animal lover. Anyway, I put my arm around it to hug it and it attacked me. The dog bite was on my face, barely missing my right eye, and went up onto the top of my head. I was rushed to the hospital and, luckily, the best plastic surgeon in the county took my case. He guessed where my smile wrinkles would be and managed to hide the obvious scar on my face as a laugh line. Most of my other scaring is down the side of my forehead and on top of my head covered by hair. In other words, unless I point out my scars to you, you would never notice them.

The hardest part of that experience was when the hospital put me in a straight jacket. Without my mom, I really wanted the comfort of my thumb to deal with the psychological trauma, not to mention the pain. I understand that they had to put me in that straight jacket to keep my hands from my face, but the denial of that comfort stays with me today.

Apparently a woman in the grocery store screamed when she saw my newly put together face. I don’t remember that, but I have heard the story often enough. My father told her to calm down because she was making it worse for me. My parents attitude of keeping life normal, I believe, helped me dismiss the effect of the dog bite on my distorted face. To this day, the scars have become a badge of courage rather than a tale of woe.

Nothing can prepare you for the emotional journey of building a company from scratch. I say this with confidence because I have helped founders build their companies from scratch for my entire 20 year career, first as their outside counsel and then as their in-house counsel. And, yet, I was still not ready for the experience myself. For example, you might experience a lot of early customer interest, but then those customers disappear when you are finally ready for them and ghost their deals (probably because of COVID19).

That sort of change is easy to adjust to, though, because as a founder, you are naturally someone who adjusts quickly. Besides, there are a lot of potential customers out there. What I was unprepared for was the hit to my confidence from talking to VCs.

Come to think of it, the process is very similar to enterprise sales, except you only need one sale.

I have heard that, in the VC <> startup relationship, the startup is the customer. It is an interesting perspective but it is not true. Customers have the negotiating leverage, and when a startup is trying to raise capital, the VC has the negotiating leverage. Plus, how many times have I heard that you have to “sell” to a VC because they are using it as an opportunity to assess your sales skills? If you are “selling” then you are not the customer. Finally, in sales, you qualify your customers for fit much like every startup should do to find true partnership with a VC investor.

But in this game, the law of numbers is forever at your disadvantage. If only a few companies in the VC’s portfolio will make them the returns they need, then, generally speaking, a VC has to say “no” much more often than they say “yes.” The process is naturally built to weed out the faint of heart; the ones who cannot handle all the negativity; the ones who let it hurt their confidence.

I never would have made a correlation between my experience of being bitten by a dog, scaring my face, to my grit if I had not gone through the fundraising process. ClearOPS has not yet raised from a VC. I feel the weight of that on my shoulders. As CEO, your job is to raise money or generate revenues. It is easy to conclude that if you don’t raise from a VC, you have failed. There goes that confidence.

Yesterday, I saw an announcement from a competitive startup that they successfully raised $1.45M in seed money. A few weeks ago, I probably would have been dismayed at that news wondering why ClearOPS was unsuccessful when they were successful. But yesterday, I was not dismayed. On the contrary, I was thrilled for them. I can only guess that my reaction is because my scars have healed from my first attempt at fundraising. Failing to raise capital does not define you and it certainly does not signal failure for a CEO. If you are out there, trying to raise capital right now, I hope you remember that. Those scars are a badge of courage.

Caroline McCaffery is the CEO & Co-Founder of ClearOPS, Inc., a B2B SaaS data privacy and cybersecurity company launched in October 2017. Working alongside lawyers and law firms, ClearOPS technology makes it easy to respond to, and keep track of, security questionnaires. McCaffery received her B.A. in International Relations from the University of Pennsylvania and her J.D. from New York University School of Law. She is a member of the bar in both New York and California and is a Certified Privacy Professional (CIPP/US).