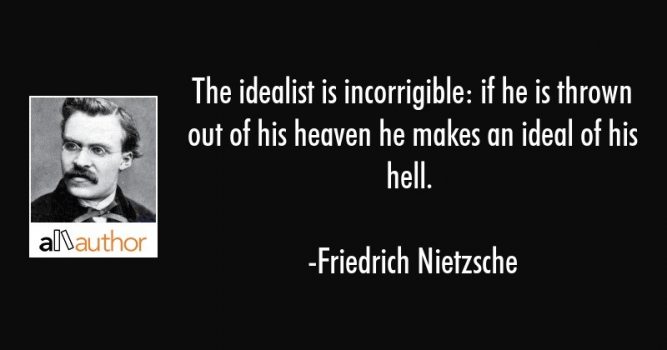 Accelerating the Replacement of Humans, the Corona Effect

We’re entering a new period, the AC (After Corona) period, and frankly, I’m afraid that this new period means an acceleration of existing technology trends that were already a harbinger of massive change to the global workforce.

Many of us say it, and some of us do it. Many of my friends “give back” to the community. Giving back can mean mentoring, participating in industry initiatives focused ostensibly on improving opportunity for others and/or maybe helping improve diversity. Giving back is important, I like to think I do it, although I sometimes question whether I do enough. You might be wondering by now, what does “giving back” have to do with the title of the article?

Everything to do with it

How many of us believe the tech industry gives back? There are certainly individuals in the tech space that are great philanthropists. Gates comes to mind and even more recently Jack Dorsey donating $1 billion to the COVID-19 fight, and Google put a team of people to work building a website with helpful info and links. On a smaller scale, but still impressive in its own right is the effort by a bunch of Ohio-based geeks who created a volunteer army to help apply technology to the C19 fight in Ohio. Heck, I’m even part of a tiny nascent effort to use our industry knowledge and platforms to help with medical supply chain issues. So, there is give back, but really while all these examples are fantastic, can we really say the “industry” is giving back? I say no.

Have any of you been to Silicon Valley recently (San Jose, Santa Clara, Sunnyvale, Mountain Google View, Cupertino, Palo Alto, Menlo Facebook Park, etc)? If you had been there you would likely have seen some amazing homes and a ton of beautiful monuments built from the spoils of tech consumption. What else did you see, tall weeds and garbage lining the freeways? Poor public transit? Roads that are a shock absorber sales person’s fantasy? Do I need to go on? Heck, you still can’t drive across Palo VC Money Alto and maintain strong cell signal on a call.

We have some of the largest companies in the world, by valuation and pure size, from the old stalwarts like HP and Cisco to the most modern of behemoths like Facebook and Google, with thousands more in between. Why is it then, that Silicon Valley is the epitome of the old fable of the cobbler’s children. “We have the tech” could be the SV equivalent to the Arby’s commercial slogan “we have the meats.” Considering they do have the tech, I’ve wondered for years why SV didn’t seem more like the real world equivalent of city life in a Jetsons carton. How is it that profits, often measured in the billions of dollars per quarter couldn’t be scraped just a little into a pool of resources of people, product and know-how to make SV a shining example of what technology can be, instead of just facilitating rants from people like me about the current political situation. It’s equally frustrating to know that many of the technical devices once made in SV were actually meant for important purposes, like getting to the moon or saving lives, like an AED Defibrillator.

If tech were to give back

Fixing urban and business park environments, like Silicon Valley, so they are part of a sustainable, efficient ecosystem of spaces with amazing public transportation and communications would be a great start at a giveback. However, considering our current situation with COVID-19, I believe there are more urgent matters at hand. My suggestion is complex and simple at the same time; technology companies, must participate in helping humanity get through the epoch of technology-induced change that has just been accelerated by the Coronavirus.

What is he talking about

Most every enterprise was already in the throes of finding a path to becoming a technology company before the impacts of C19 were being felt. This path is potentially littered with the risk of leaving people behind, but a slower pace meant a more reasonable chance of employees and markets adjusting. I fear that C19 has served to accelerate any and all efforts at removing humans from the supply chain equation. No company wants to say “my manufacturing is ready to go, but critical staff are out sick so we can’t deliver.” We’re working on RPA (Remote Process/Procedure Automation), robotics, autonomous vehicles, AI and Blockchain for more digital handshakes and fewer actual handshakes. From within the world of technology I’m to blame as much as anyone, I see the value of tech, but not always the future and the changes it will bring. As I sit, isolated in a guest room for two weeks now, I’ve come to realize that we need to do more, much more.

Interestingly, almost 20 years ago when I first really started worrying about the efficiency in data centers, I said to those around me “if we don’t fix these issues of sustainability, the government will come and tell us how.” One of the fixes that resulted around that same time was the industry sponsored (TY to TGG & Christian Belady) PUE. I think now is one of those times when waiting for government is an excuse we can’t afford to use. The technology industry has the money and the brains to find ways to help keep people working and to facilitate retraining. They have the resources and government relationships to work with communities on solutions that make life easier and for that matter cheaper and more cost effective. Technology companies could create a project-oriented think tank built on the notion of identifying and enabling an environment that is supportive of people who might have more time on their hands. Maybe even help reintroduce the arts in education, a new era of education that isn’t built for just the wealthy and can be reached from anywhere because of improved access to internet.

What if the technology companies banded together and agreed on the study that indicates that the average employee is only productive for the equivalent of three (3) hours a day? Imagine putting 2X the people to work, maybe with slightly lower salaries, all using less resources but providing a much greater value per hour.

It just takes one person or team to start something, like the visibility of a Sergey – Page Initiative or a Bezos Proposal. Maybe spend money lobbying local politicians to promote cross border change instead of a lower tax rate. Just think, if we don’t create a more livable future for our people one of two things will happen, the government will decide what we do or the people won’t have the money to buy our stuff. Pollyanna you say, idealistic you mutter. I say yes to both, but a geek can dream can’t he.